The Here Comes Everybody Players﻿, a Boston, Massachusetts-based theater group, focuses on dramatizations of the work of James Joyce, and other Irish authors and playwrights.  We use the medium of drama and music to make Joyce's unusual and sometimes linguistically challenging writings accessible to audience members who may not be familiar with Joyce or who may find solitary reading of the books somewhat intimidating.  Our performances not only celebrate the richness of Joyce's unique language, but also bring to vivid life the humor and humanity of his characters and stories, with active engagement with our audiences

For over ten years we have been performing in venues in N. America and Europe.  We have performed at various festivals and conferences such as The Dublin Bloomsday Festival; Lit Crawl Boston; San Sebastian European City of Culture 2016 and International Joyce conferences in Toronto and Antwerp.

We have performed in multiple venues including theaters, community spaces, colleges, universities, private homes and in various outdoor venues.  Over the years, our members have adapted and performed pieces from virtually all of Joyce's work.  We have also performed work by other Irish authors including Augusta Lady Gregory, WB Yeats, Brian Friel, Flann O’Brien, Mark O'Rowe, Mary Manning, Deirdre Kinahan and Nancy Harris.

During the Covid-19 Global Pandemic, when live performances were impossible, we adapted to the circumstances by performing on Zoom, in collaboration with the Consulate General of Ireland in Boston and with the James Joyce Centre in Dublin.

The Here Comes Everybody Players is registered with the Secretary of State of Massachusetts as a Nonprofit Corporation, Identification Number 001532840 and application for IRS tax exempt, 501(c)(3) status is pending

​Since 2010, the following actors and musicians have performed with the HCE Players: 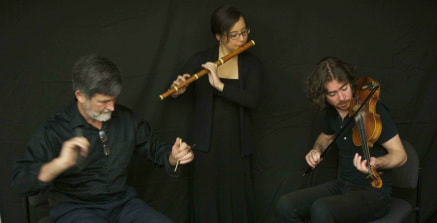