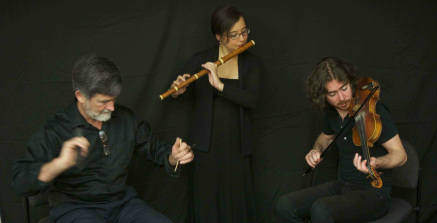 Music was important to Joyce.  He himself was a tenor and sang frequently.  His literature is replete with references to music, excerpts from songs and musical sections.

Most of our performances include music, sometimes traditional Irish music or a tenor accompanied by a pianist.

Among the music performed at HCE Players shows have been the following: