In a poignant scene from Brian Friel’s Translations,  a young English soldier, Lt George Yolland, is assigned to a remote Irish-speaking village to record place names for the first mapping of the area in 1833.  Despite cultural and linguistic complications, he dreams of settling in this place with these people; while his Irish translator Owen struggles with his decision to leave the village and change his fortunes, a path that circuitously continues to bring him back to the very place he left. 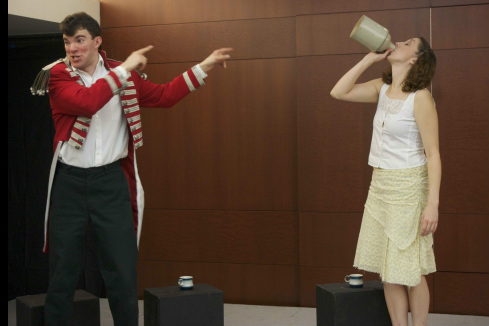 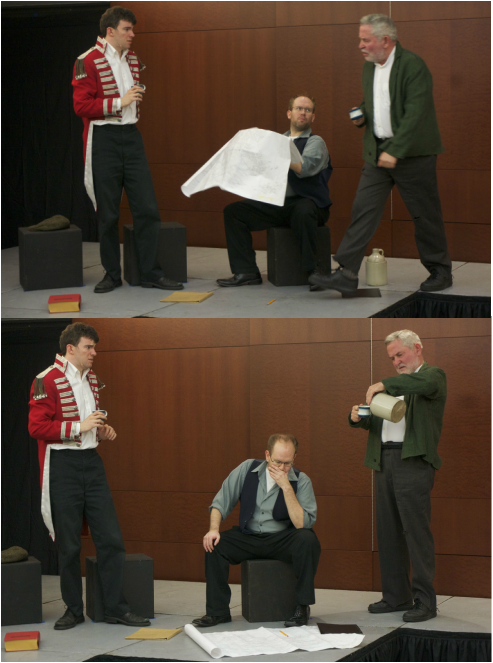 L to R; Stephen Reinstein as Yolland, Josh Way as Owen and Cahal Stephens as Hugh